Events in MMORPG ASHES OF CREATION will affect the world around

On the MMORPG ASHES OF CREATION, the developers from Intrepid Studios have published a large material dedicated to various events in the game. We offer you the translation of this article for familiarization.

Types of Events on Verra

The world of Verra is a dynamic and constantly changing landscape, filled with miracles, adventures and dangers. One of many mechanics that allow us to achieve such adaptability is events, they are also events. This is one of the main ways of interacting players with content. Events are focused on creating an interactive world that holds heroes in suspense, while at the same time changing the game process in an interesting and unique way, offering tests and forming the world around them.

Players will deal with the events throughout their stay on Verra - from early progress to dungeons and high -level raids. We immediately warn that Asshes of Creation is still in development, so all design solutions can be changed during alpha and beta testing.

When an event occurs, players will be able to accept or reject it in the same way as the quest. If the player decides to agree, events can become the main source of experience, objects and resources. 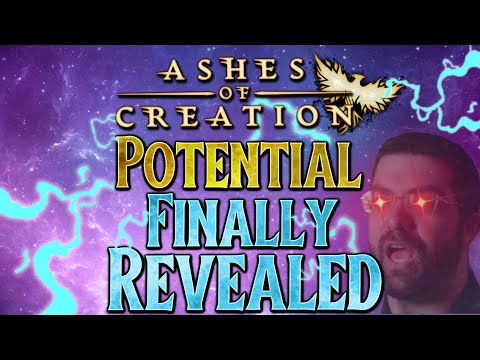 There may be many reasons why the event will work. For example, an increase in the level of the node, a change in climate or season, a certain number of killed non -game characters and much more. You never know exactly when an event can happen, so players need to be careful and fully armed.

There are many different types of events that can happen-an unexpected case or a specific reason. Below are only some of the possible events that players may encounter during the adventure on Verra.

The events of the calendar can be considered as holidays or other seasonal content. Imagine these events as what you can experience annually, depending on cultures in the world. Some of them can be associated with seasons and how they affect nodes in these areas. Most often, such events will be held throughout the server, and unique content will be available for a certain period of time.

Some events may include attacks on the knot. For example, enemies damaged the buildings, violating their work. The players of the defending side may have their own goal - to take up weapons and together to defend the knot from enemies. If the attack was successful, the buildings may have to be repaired before they can be used again.

During the event of “Monster Coins”, players will be able to turn into monsters and begin to sow chaos and destruction. These events are activated in various ways, and in some cases they can even give cosmetic awards.

Random events are a typical example of how the events will keep the players in suspense. These small measures retain a sense of danger in the doom, creating moments that check the combat readiness of the players. In the zones of influence with more active heroes, more random events can occur.

Points of interest (POI) tell the history of areas of the world as they increase their level as the node grows. Often unsuccessful POI events can be harbingers of nodes that threaten nearby civilizations.

Narrative events help to form the history of Verra based on the solutions that players make during key quest lines. While the development of narrative plot arches on the server takes time, narrative events will show players that their solutions play a large role in the formation of the world around them through individual actions.

The event system will also create many PVP-indications in the open world. From small skirmishes, passing into the siege, to battles for the capture points during the siege of nodes or locks - PVP goals will play a decisive role in determining the course of the battle.

All actions can have consequences - this is especially true for Verra. Events are often one of the ways to influence the world around the world and the situation in it. Sharp transformations, such as changing the weather or, possibly, creating new goals, will prompt players to examine the world of the game more and adapt to it.

Unsupported adventurers should be on the alert, because events can occur at any time of the day, in any zone and at any time. Some may occur in a small zone, while others will affect the entire server.

Whether you encounter events in battle, during seasonal holidays or by chance, we hope that you will like constantly changing content and how it affects the world around you.